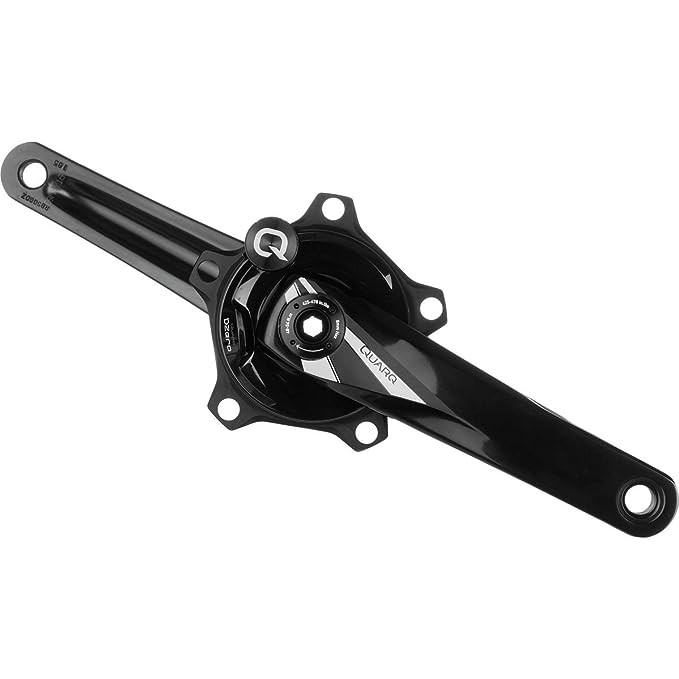 Over the last 10 years, Quarq has been all over the map with technologies, innovations, and compatibilities spread across multiple power meter generations. The new BB30 DZero Aluminum Power Meter Crank Arms span the breadth of these product cycles by combining almost every bit of technology Quarq has developed during that span into the latest generation of power meters, which it’s calling DZero. The only omissions here are the use of alloy instead of SRAM’s Exogram carbon and BB386EVO compatibility, which Quarq reserves for DZero power meters with Exogram carbon crank arms. Of course, the fact that this model features aluminum crank arms brings it more easily within reach of the self-sponsored cyclist–effectively giving power to the people. Those omissions aside, the list of included technologies is an all-inclusive romp through Quarq’s feature menu. Chief among these is the power meter itself, which saw a healthy amount of retooling. Overall, Quarq claims that “150 documented improvements” inform the evolution from the previous models to DZero, but the most important is to the heart of the meter itself: the strain gauges and measurement circuitry. It still incorporates five strain gauges strategically placed throughout the spider in order to measure the Newton meters you’re throwing into the pedals. It’s also still got the same claimed accuracy of +/- 1. 5%, so its numbers are 0. 5% more accurate than most meters, but the new design requires less correction in order to maintain accuracy in drastic temperature changes. Fewer corrections mean the DZero also better rations battery life than Quarq’s previous power meter models, though when the battery does go out, you can still change it without tools or having to ship the whole thing to the manufacturer. DZero’s accuracy is further boosted by the return of Quarq’s 10k dynamic temperature compensation technology, which alleviates the need for constant, mid-race zeroings in variable conditions. Even if it’s just c…